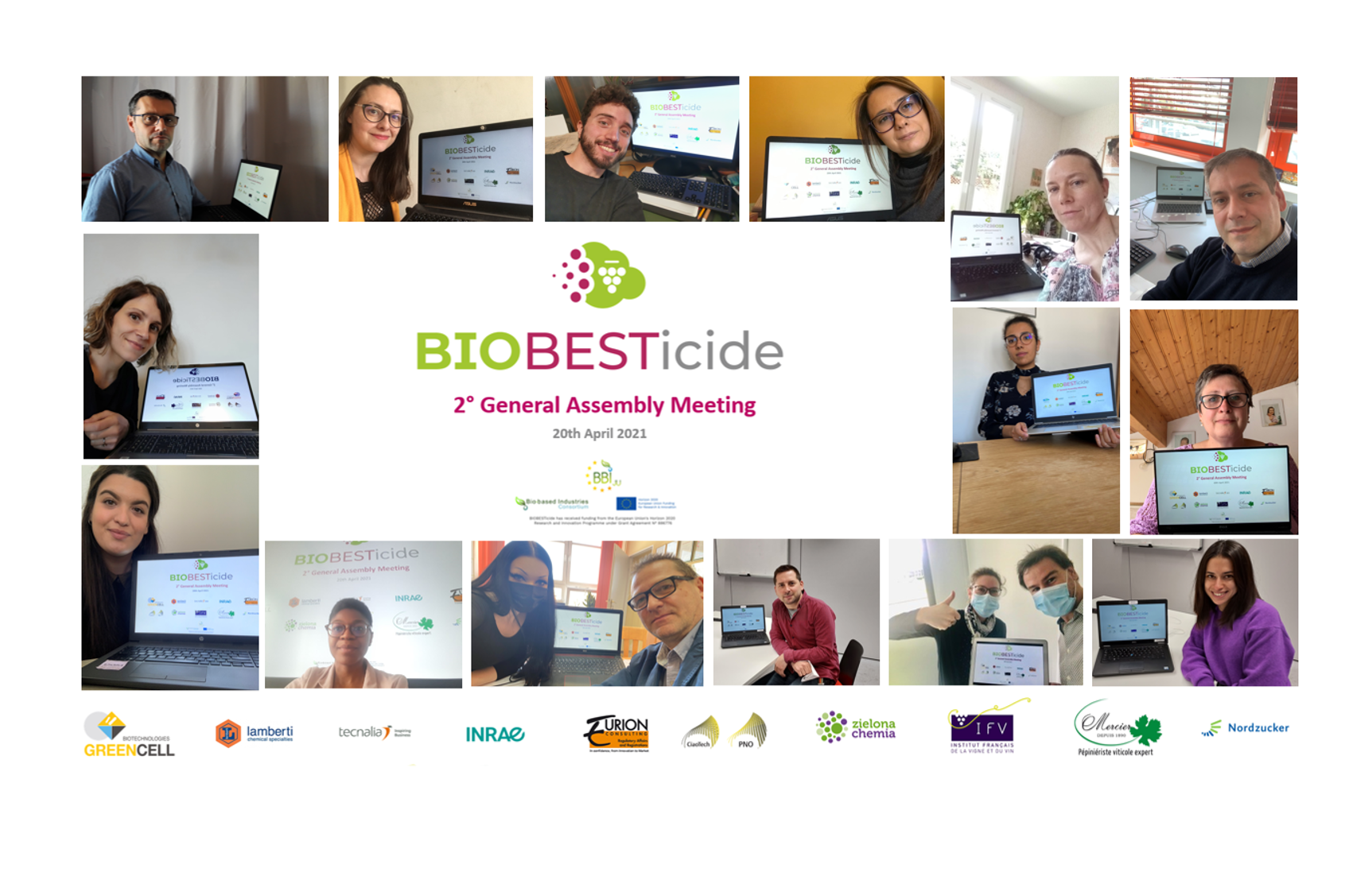 BIOBESTicide is celebrating its first year of implementation and the consortium gathered to discuss the work done so far in the project second General Assembly, virtually held on 20th April 2021.

The partners offered a comprehensive overview on all the actions performed in each work package during the first 12 months of activities, giving also insights on the steps planned for the next six months.

The expected goals and some actions to be co-organised among the consortium were also discussed.