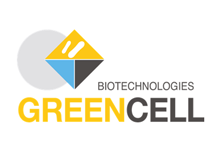 GREENCELL, based in Saint-Etienne-de-Chomeil, center of France, was established after second WW under the name Sochal and renamed in 2000. It is part of the GREENTECH Group based in Clermont-Ferrand. The company specializes in the cultivation of microorganisms by fermentation processes (liquid and solid states). An asset of GREENCELL is the diversity of its markets: Agrofood-industry, Agronomy, Environment, Cosmetic, Pharmaceutic; involving a high knowledge in the different requirements for the production of multiple microbial strains. GREENCELL relies on a complete scale-up capacity for liquid state fermentation, from 1 to 5 liters R&D fermentation units to up to 800 liters units. Recent investments increased its solid-state fermentation capacity with the acquisition of a high capacity unit production. Moreover, a second GREENCELL industrial site opened by the end of 2018, in Saint-Beauzire, to increase the production capacities of the company. A feature of GREENCELL is to have made the choice to bring 12 people with high degree level in its staff. Showing that there a genuine desire to promote innovation on the part of its decision-making bodies.

The strength of the company is in its “expertise”:

A – High knowledge on the different microbial markets and their access

B – Sophisticated methods of cultivation and production

C – Downstream processes of the productions

Thus, GREENCELL sells microorganisms to multiple industries and has bring to the market numerous products which are now recognized as references (i.e. ripening flora of French cheeses, the first microbial biostimulation product authorized in France, Ceres®, and other microbial preparations such as Carpoès®, Hélès®, Amarès®, Nanéos®).

The innovation in the agronomy field lies in the idea of:

Role in the project: GREENCELL is the project Coordinator. It is responsible for the Installation of the DEMO

plant and scale up oomycete production and processing; it is also involved in the biopesticide formulation.